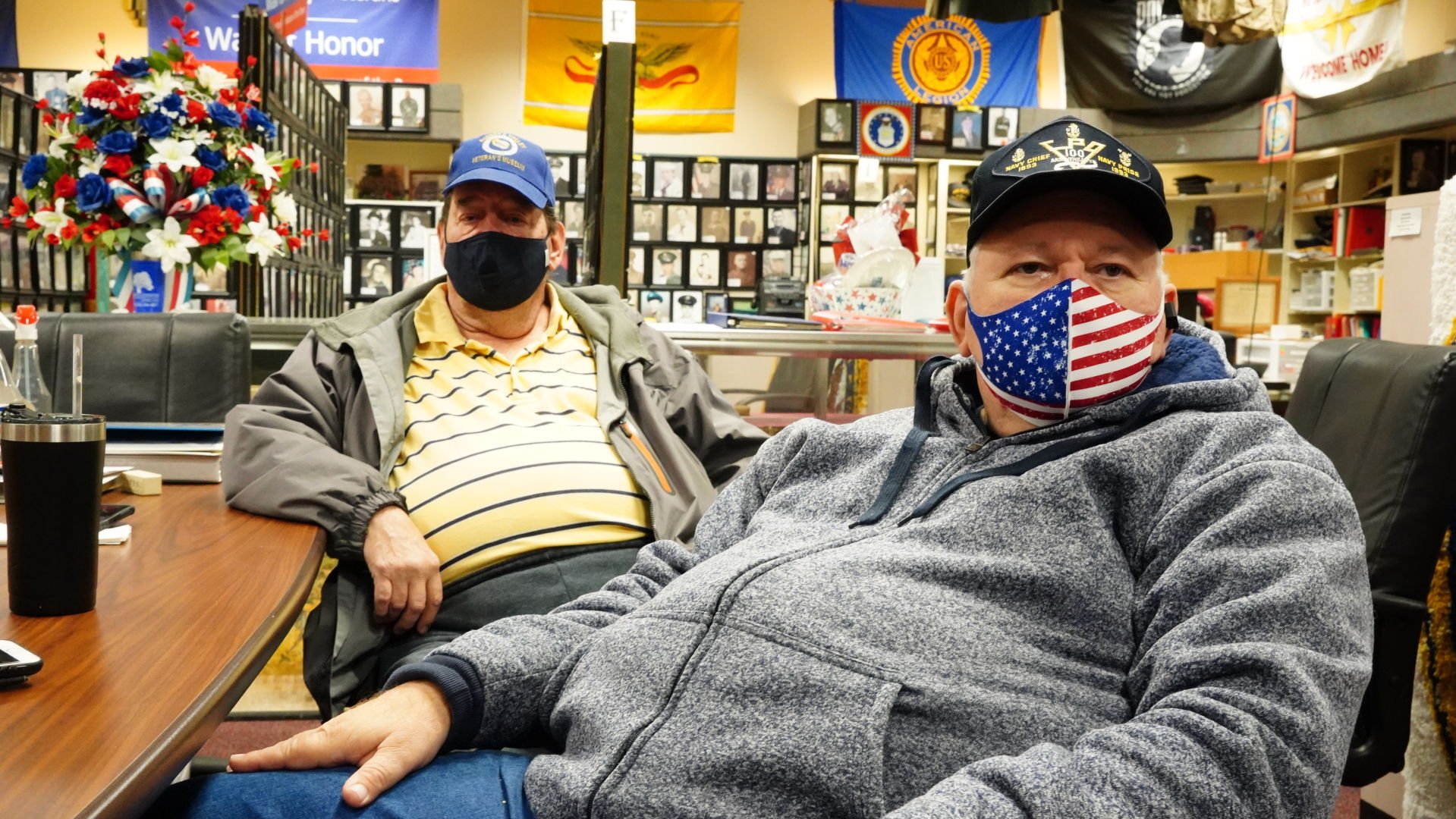 With the museum selected as this year’s annual Herald Angel, The Daily Herald continued with its second article to bring awareness of the nonprofit organization’s dire need for help. The Herald Angel’s purpose is to raise funds for individuals or organizations in need during financial emergencies.

Since the COVID-19 pandemic, the museum’s emergency stems from the lack of volunteers and donations to remain operational inside Becker Village Mall, which is no longer a suitable location for the museum since the change of ownership, rent and mold.

Chairman David Johnson of the museum’s board of directors said in a previous story in The Daily Herald, the mall has been having issues for years. Especially an endless fight against mold and mildew in the museum due to air conditioning quality. The rest of the story is available at bit.ly/2K1ynHy.

For now, the museum is searching for a new location but needs enough funds to remain afloat before its rainy-day funds run dry in the spring.

Boone, who was drafted and served from 1965 to 1967, said his military experience involved being sent to the Dominican Republic during the Dominican Civil War between April 24 and Sept. 3 of 1965.

“We had a little skirmish down there,” he said. “Rebels came in and overtook the country. We went down and drove them out. The rebels were from Cuba.”

According to research, the U.S. government had sent military forces to aid in evacuating thousands of U.S. citizens as unrest rose. The conflict grew as militias appeared and eventually led to an armed civilian attack on a police station on April 28, to which all police officers who survived were executed. One U.S. Marine was killed.

On April 29, U.S. President Lyndon Johnson authorized and transformed the evacuation operations into Operation Power Pack, which became a large-scale military intervention with the mission to stop the development of the conflict.

Boone said he returned home from the Dominican Republic in January of 1966. Now with military experience, he returned to the Roanoke Valley, he said. Originally born and raised in Jackson in Northampton County, Boone said he now lives in Roanoke Rapids, where for at least 10 years he goes to the museum to spend time with fellow veterans.

“I just come in here to agitate them,” he said jokingly.

The Roanoke Valley Veteran’s Museum houses the area’s military heritage with artifacts donated or loaned for display. One noticeable feature is the more than 1,700 portraits of veterans that are placed around the museum.

To save that heritage and bring more public interest in the museum, Boone said Roanoke Rapids needs to find a place to put it.

“There’s a lot of veterans running around here,” he said. “So, you need to have somewhere people can come. Veterans need somewhere to show what they’ve done because kids don’t know what veterans did.”

Burba, who served in the Navy for 20 years, said he was in from 1970 to 1981. It was not until 1984 that he returned to duty and then retired in 1994, he said. Also, a volunteer and member of the museum’s Board of Directors, Burba was asked how he felt about the situation of the museum.

“I think it sucks that nobody cares as much for this museum for what it represents,” he replied.

Originally from Ohio and coming to the area in 2012, Burba said he has learned quite a bit about the military heritage of the Roanoke Valley through the museum.

“The military representation is heavy here in Roanoke Valley,” he said as he pointed at his photo on the wall. “A lot of people gave their lives from here, and you can see by the 1,700 pictures here of all people that are from this area. It represents sacrifice, it represents freedom and I think it would be a crying shame if the museum ever went away. I know I got my picture in here — I did my share. I wasn’t in any conflict, but there’s a story behind every one of these pictures.”

“Because there’d be nobody researching it,” he said.

Burba then talked about how Jimmy Hyatt, CEO of the museum, comes in often to research the background of each individual’s portrait.

“He researches every one of these pictures to find out if we have the history on them, do we have all the conflicts they’re in?” he said. “No, we don’t know that. And a lot of people say they would like to bring their grandfather’s picture in here, but I don’t have any history on them. He will go and research this person, and he will research this person until he finds out.”

Johnston, who is also the president of the museum, echoed what Boone and Burba said in regard to losing the area’s military heritage.

“If we lose our history, we’re doomed to repeat it,” he said.

Johnston said there is so much history that the educational aspect gets left behind when school’s used to come to the museum to learn about military history and conflicts. He also talked about when the museum held an open house when Dallas Jones, founder of the museum, talked about how he survived the Pearl Harbor attack among other things. Johnston made a point and said during Jone’s lecture about his experience, a 10-year-old girl raised her hand and asked what a hangar was.

The Daily Herald will continue to follow up with more Herald Angel articles in regard to the Roanoke Valley Veteran’s Museum’s circumstances.

Please donate to the Herald Angel Fund by bringing a check or cash to The Daily Herald office, 1025 Roanoke Ave. in Roanoke Rapids. The office is closed to the public because of the pandemic, so donations can be dropped into the mailbox. People may also mail a check to The Daily Herald, 1025 Roanoke Ave., Roanoke Rapids, NC 27870, with Herald Angel Fund in the memo line. Every contribution goes directly to the Herald Angel. Donors who give more than $5 have their generosity honored with their names printed in The Daily Herald. Donations may also be given anonymously.